Their photographs, capturing fragments of political events, are part of a vivid kaleidoscope of issues that concern young photographers across the world. Among the central images of the fifty-piece exhibition are also the piercing story of people with little hope for the future, “Migrants in Belgrade”, by Spain’s Alejandro Martinez Velez; the “What?” series by Italian photographer Danilo Garcia Di Meo about a young Italian woman, Ambra, her courage and will to live; the black and white chronicle “Playing in the dark” by Russian Pavel Volkov about Paralympic soccer player Sergei Manzhos; and “Silent Howl” in which Shahnewaz Khan of Bangladesh dispassionately tells the story of children who are forced by circumstances to work to help their families survive. 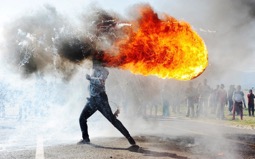 Land invasion and shortage of housing resulted in violent protests when residents of Grabouw, near Cape Town, burnt down the Traffic Department building and blocked the main road while fighting with the police. 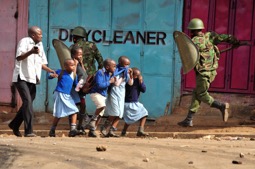 School children run for cover as Kenya’s opposition leaders led by Raila Odinga take to the streets in weekly demonstrations demanding the disbandment of the electoral body, Independent Electoral and Boundaries Commission (IEBC). 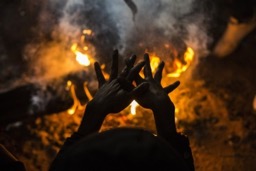 A man warms his hands over a campfire inside one of the warehouses near Belgrade’s Central Station. 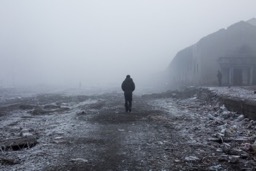 A migrant walking to one of the warehouses where hundreds of others like him are waiting in Belgrade to continue their journey through Europe. 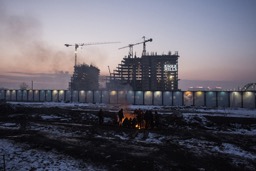 Group of Afghan and Pakistani migrants gathered around a bonfire not far from buildings being built by Eagle Hills, an investment and real estate development company based in Abu Dhabi (United Arab Emirates). 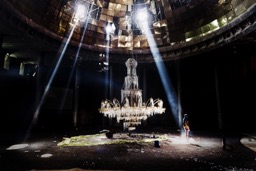 LIBYA, SIRTE, 01/09/2016.
Ouagadougou Conference Center. Constructed by Italian workers at the request of Gaddafi, the building was meant to be a place for dialogue among all African cultures and in turn open doors in relations between Europe and Africa. In 2011 it was used as a bunker to defend the Rais. 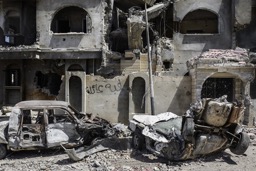 LIBYA, SIRTE, 25/02/2015.
The after effects of a car bomb (Dogma) in the first District: six dead and nearly 40 wounded. Car bombs are made by attaching plastic explosives to heavy arms and munitions. The idea is to scar as many people as possible thereby leaving a permanent warning to those who want to interfere with the jihad. 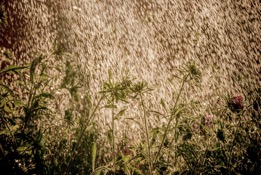 Garden is a place where important things happen, things that are passed down from generation to generation and through the centuries. This is where humans touch the soil, and participate in the circle of life and in creation which brings simple and essential meaning to all living things. 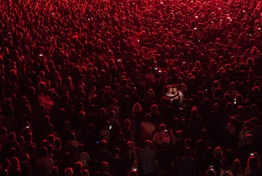 2016 will be remembered as a time when selfie culture started to determine our existence. While we are waiting for the approval of others, we are missing an opportunity to enjoy mysterious world all around us. 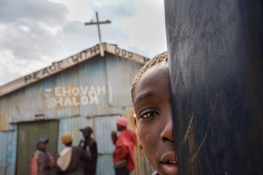 2nd place: Portrait. A Hero of Our Time

Shutting a Christian Out of Church

Many street children from slums like Kibera in Kenya suffer from pain and illnesses, such as HIV. They have been living on the streets for 5-10 years already. On this photo, Kevin and his friends in front of a church, from entering of which they were prohibited. 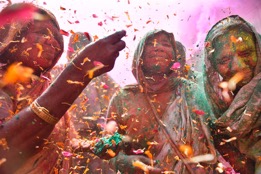 A widow plays Holi with other widows as they celebrate the festival of colors and flowers at Gopinath temple, Vrindavan, Uttar Pradesh, India. 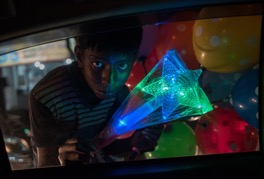 3rd place: Portrait. A Hero of Our Time

Light in the darkness

According to the National Child Labor Survey, 1.2 million Bangladeshi minors work earning less than 2 USD a day. Their families depend on this extra money to sustain their livelihood. 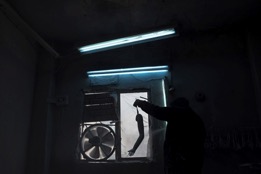 The photoseries were taken in Istanbul, Turkey and were inspired by photographer’s idea of a human manufacturing human-looking dummies. There are themed streets in Istanbul dedicated to the sale of a specific product. For example, a street selling ‘humans’ with several small private mannequin workshops full of ‘clones,’ or abandoned mannequins, close by. 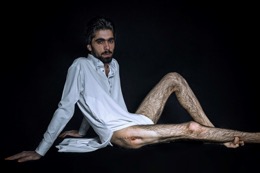 Jury Honorable Mention: Portrait. A Hero of Our Time

Six million litres of diesel and paraffin oil are smuggled out of Iran into Pakistan every day, which amounts to about two billion litres every year. Unemployment, drought, and the low price of fuel in Iran compared to Pakistan are the main reasons for fuel smuggling. 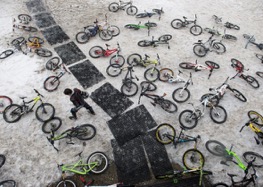 At the start of the Megalavina (Mega Avalanche), a mass descent on bikes from the top of the Aibga Ridge along the ski tracks.