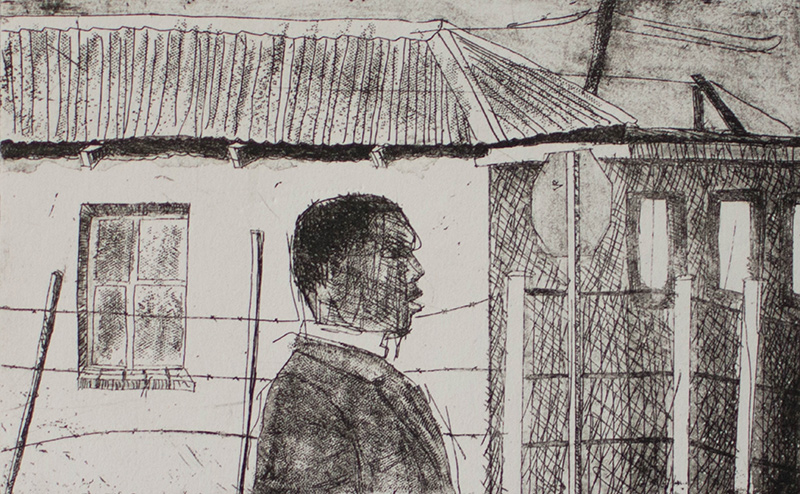 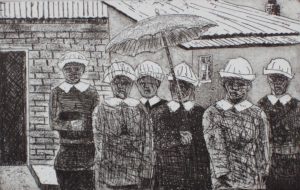 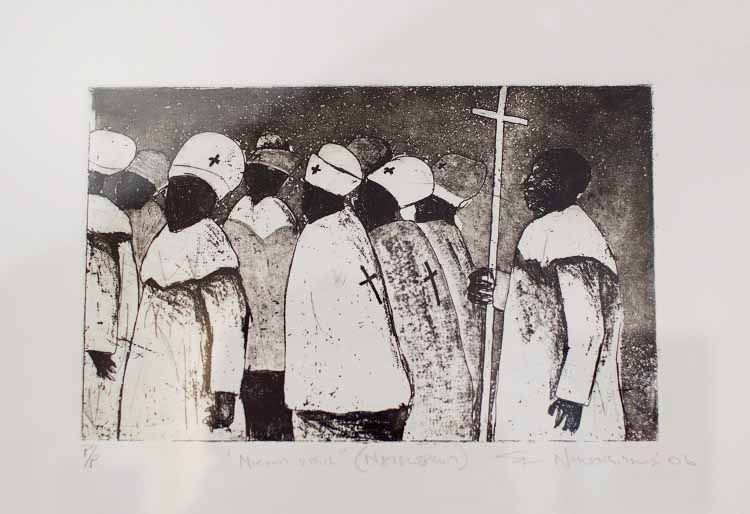 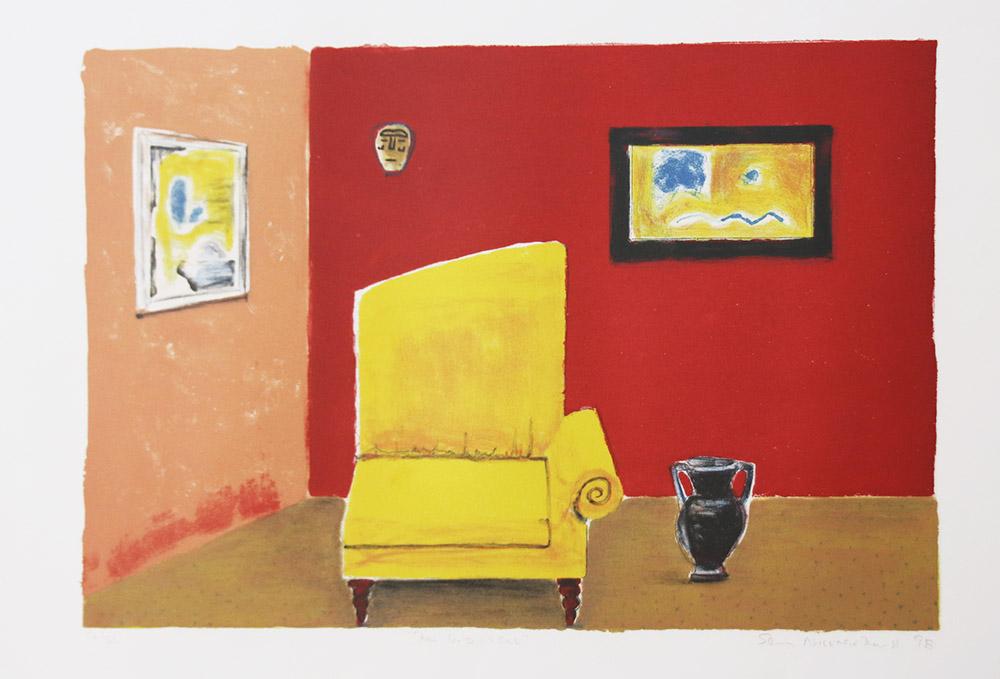 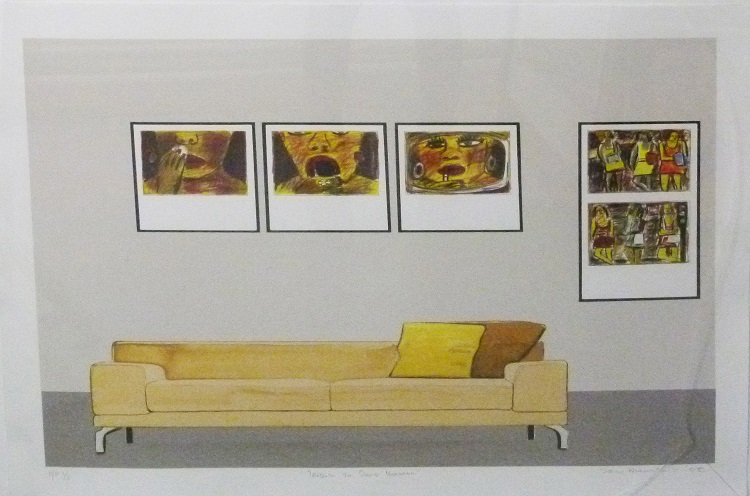 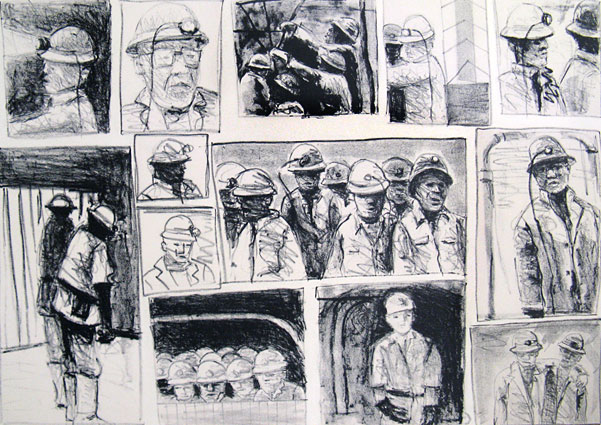 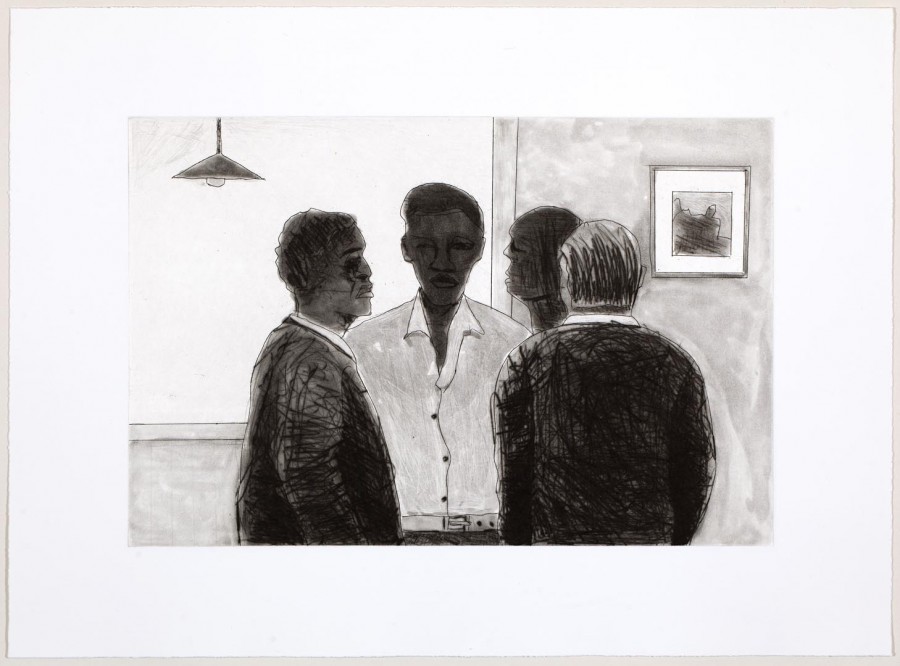 Sam Nhlengethwa is one of South Africa’s foremost artists. Born in 1955, in Payneville Township of Springs, forced removals made him move to Kwa-Themba as well as Heidelberg. He studied at Rorke”s Drift and the Johannesburg Art Foundation. Sam Nhlengethwa was awarded the Standard Bank Young Artist of the Year award in 1994, the year South Africa held its first democratic elections and freedom was won for all its people. He has successfully exhibited all over the world from Senegal to New York and Cologne, and his work is represented in major public and corporate art collections in South Africa and abroad.

Nhlengethwa has grown and adjusted the style and content of his works post-Apartheid to explore other themes such as music, specifically jazz and the mechanics of everyday living. He works with found printed images from posters and magazines, incorporating his recollections of township life in his imagery.

Nhlengethwa was urban-born and therefore relates intimately to township existence, not only in his collages but also in his prints. He is intrigued by people and their spaces

“Throughout the years, all my pieces have dealt with the movement of people. I enjoy paying homage to people and places through my art”.

In his own art, he drew inspiration from the townships where he grew up. Time spent talking with older members of the community in shebeens and with his older brother, a jazz musician, helped shape Nhlengethwa’s work. In addition to building his art collection, he collected jazz records from the age of 17.

After graduating from Rorke’s Drift, Nhlengethwa taught part-time at the Johannesburg-based Federative Union of Black Artists (FUBA) and travelled extensively. He studied at the Mofolo Art Centre in Soweto, and participated in Thupelo and Triangle workshops. He cofounded the Bag Factory Artists’ Studio in Johannesburg in 1991, mainly to provide studio space to black artists who had little access to artistic resources. He won the Standard Bank Young Artist award in 1994. For 13 years he worked as a television technician for SABC, at the time a predominately white institution.

Nhlengethwa’s collage pieces, using reproductions he clips from magazines, are among his most recognized works. He has also worked in photogravure and lithographs. He has exhibited around South Africa as well as in Germany, France, the United States, Botswana and elsewhere. Collections at the Johannesburg Art Gallery, the Iziko South African National Gallery, the Durban Art Gallery and other institutions include his work.