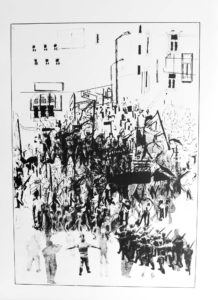 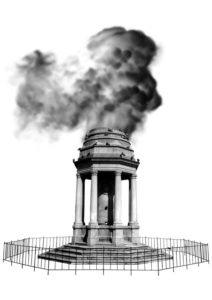 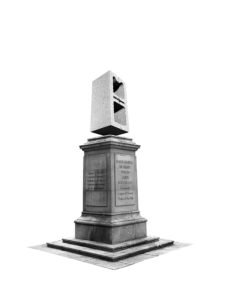 Inga Somdyala is a Cape Town based artist, born in Queenstown in 1994. His work considers the complexities of politics, literature and identity through his graphic and evocative imagery. The intersections of popular culture with academic and then traditional values often seem to overlap and interact in through Somdyala’s artwork. Visually concerned with structure, differentiation, hierarchical and heraldic systems; his work critically discusses the liminality of the rainbow nation while drawing heavily from the intersections in the personal and collective history. Working in print and installation, Somdyala engages in image making as knowledge systems; forming material from history and experience as a kind of cultural currency.

Inga Somdyala has taken part in numerous group exhibitions locally, recently in Unpacking at Eclectia Print Gallery (2016) and previously on Collective Noun at the Michaelis Galleries (2015). Other creative involvements include iGolide; a transit space connecting emerging creatives to art, performance and critical thought centering the African continent. In 2017, Somdyala will complete his final year of undergraduate studies at UCT’s Michaelis School of Fine Art.
Somdyala hopes to further his studies in art within Africa, perhaps expanding this process through residencies on the continent and later abroad.